Hello from the other side! Adele posted a rare photo of herself to celebrate her birthday, and she unveiled a dramatically altered appearance.

Thank you for the birthday love. I hope you’re all staying safe and sane during this crazy time. I’d like to thank all of our first responders and essential workers who are keeping us safe while risking their lives! You are truly our angels ♥️ 2020 okay bye thanks x

The singer, who turned 32 on Tuesday, has stayed out of the public eye and hasn’t posted on Instagram since last year. Blurry photos of her on vacation with pals Harry Styles and James Corden over the holidays seemed to suggest a new look (as did a snap of her at Drake’s birthday party in October), but this is the first time she’s shared a full-length shot of her new appearance publicly.

Her close friend Lauren Paul (who is married to Breaking Bad star Aaron Paul) also posted another never-before-seen photo of Adele to celebrate her birthday. 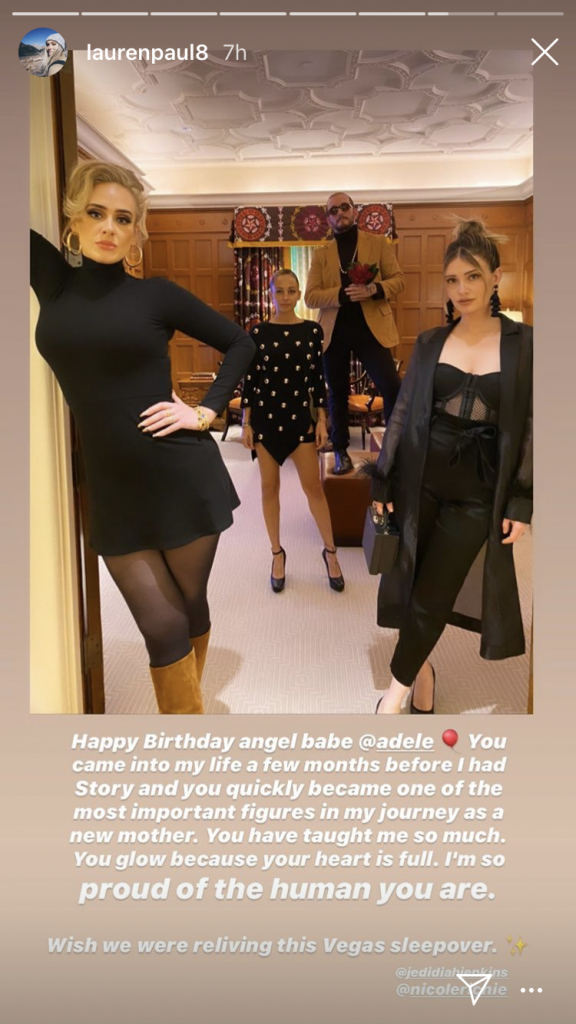 Chrissy Teigen commented on Adele's post "I mean are you kidding me", while Rita Wilson commented "Happy birthday, Adele! Sending you so much love! Looking gorgeous!"

It’s been a year of change for Adele. She split from hubby Simon Konecki in September (they have a two-year-old son, Angelo), and she also hinted that she’s working on new songs. Her last album, 25, was released in 2015.

Whatever her appearance these days, we just hope she’s happy, healthy, and getting ready to gift us with new music!