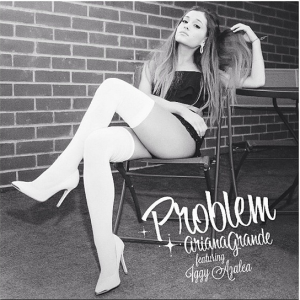 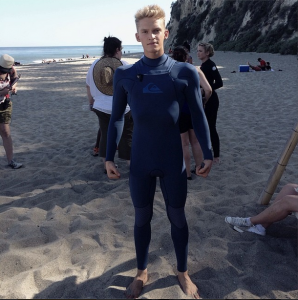 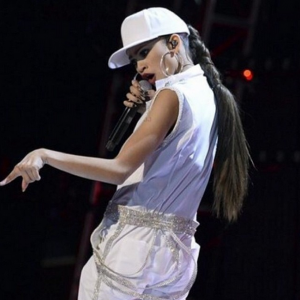 We had a realization the other day that we're pretty much clueless about the new generation of teen stars. Long gone are the days of young Sarah Michelle Gellar and Melissa Joan Hart, so we decided to peek around the Internet to update y'all on this fresh breed of Disney and Nickelodeon stars.

We also realized these kids are all super multitaskers: Part impressive AND part ridiculous.

sources: Instagram @arianagrande @codysimpson @zendayamaree
Ariana Grande
An American actress, singer and songwriter, Grande is best known for her role on Nickelodeon sitcom Victorious. She currently stars in Cat Valentine, the spinoff of this TV show, and launched her first solo album, Yours Truly, last June and has another one in the works. She has a very wide vocal range, which landed her the nickname Mini Mariah Carey. You go, girl.

Cody Simpson
Young Cody is an Australian pop singer. Pretty much like Justin Bieber, he was discovered because of the Youtube videos he was posting. He has two studio albums and was part of a bunch of TV shows (Dancing with the Stars, Cupcake War, Punk’d, Extreme Makeover Home Edition, etc.)

Zendaya
An American actress, singer and dancer, Zendaya had the co-leading role in Disney’s Shake It Up and she will be starring in the new Disney production K.C. Undercover. She released an eponymous album in 2013 and was also in a few movies and has made a couple of TV appearances.

Source: Instagram @victoriajustice @austinmahone Twitter @peytonlist
Victoria Justice
An American actress, singer and songwriter, Justice landed her first TV roles in Zoey 101 and The Suite Life of Zack and Cody in the mid-2000s and then had her own Nickelodeon show, Victorious, from  2010 to 2013. She was part of a lot of other Nickelodeon productions as well. Her debut album is scheduled for this year.

Austin Mahone
An American pop singer and songwriter from Texas, Mahone got his start from Youtube. He is now signed to Young Money Entertainment, Cash Money Records, and Republic Records. He has made a few TV appearances and opened for Taylor Swift during her Red Tour.

Peyton List
An American actress and model, Peyton was first known as young Katherine Heigl in 27 Dresses. She is now known for her ongoing leading role in the Disney TV show Jessie. She was also cast in a bunch of minor roles in movies and on TV and co-starred in The Diary of a Wimpy Kid movies.

Source: Twitter @ATjogia @DebbyRyan Insagram @nathankress @ryrynewman
Avan Jogia
A British and Canadian actor, Jogia is known for his role alongside Victoria Justice in Victorious and for his ongoing leading role in Twisted, and ABC Family original. He also did backup vocals on the Victorious soundtrack.

Debby Ryan
American actress and singer, Ryan is known for her role on Jessie along Peyton List. She was also on a ton of kids and teen TV shows. Girl got her start in Barney - a true Disney child star! She’s in the music biz under the name Debby and the Never Ending, an ‘indie’ rock and folk band.

Nathan Kress
Nathan is American actor and former child model. He was made famous for his role in Nickelodeon’s iCarly and landed his first major movie role in Into the Storm, which is to be released later in 2014. A rumour that he got married freaked out his teenage girl fanbase, but he didn't actually tie the knot, so all is well. Ha!

Ryan Newman
An American actress, Newman was a staple in many Disney productions, notably Hannah Montana and Zeke & Luther (which is apparently SUPER popular). She also has a leading role in Nick at Night’s See Dad Run.

Why haven't we heard of more than half of these people before? #gettingold