As the summer days come to a close, there is no shortage of fun ways to spend your time outdoors while it's still warm. This coming weekend is filled with festivals, but here are our picks:

MUSIC: Teenage Kicks at the Drake

Teenage Kicks continue to lead the local music scene with their brand of pure rock' n roll. Every year, they celebrate their Singles Club (free single tracks delivered to your inbox on a regular basis) with an unforgettable Toronto show. It's free entry, but you must be a Singles Club or Young Lions Music Club member - both which are free to join.

Where: The Drake Underground

When: August 8th, doors at 9pm

This summer tradition is back, and this year they've decided to stage both a tragedy and a comedy from the Bard's famous works. Macbeth brings the drama while The Taming of the Shrew provides the laughs. Entry is by donation, but get there early if you want a seat under the stars.

When: Rotating at 8pm every night except Monday, until September 1st 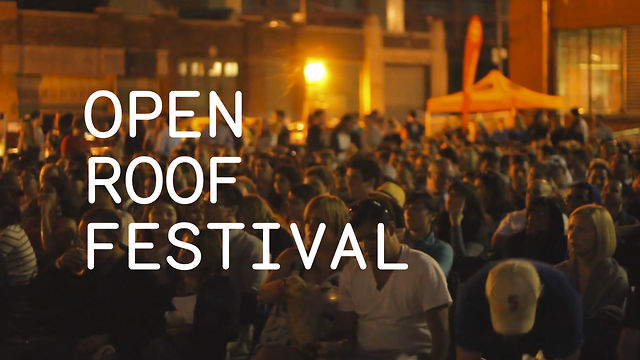 Open Roof Festival continues to grow in popularity each summer, bringing a band and a film to screen under the stars every Thursday night, all summer long. This week's lineup features a performance from The Back Homes, and a screening of the SXSW 2012 Grand Jury prize winner Gimme The Loot. Director Adam Leon will be in attendance to introduce the film. Tickets are $15.

FOOD: Taste of the Danforth

Taste of the Danforth is a summer ritual for many. Every year, the Danforth streets are closed to traffic from Broadview to Jones, and everything Greek fills the streets. Greektown offers up a mix of the best it has to offer from food and drinks, to dance and music. It's not summer until you've had souvlaki at Taste of the Danforth.

Where: Danforth between Broadview and Jones

Wavelength has been supporting the local music scene in this city for as long as I can remember. Many of Toronto's greatest musical success stories had their first shows via Wavelength, and the ALL CAPS! festival is a big part of that rich history. This year's lineup features Rich Aucoin, Hooded Fang, CATL, Beliefs, The Blow, and Shotgun Jimmie among others. It will be the final version of it, which is sad news to many - but we hear it is to make room for something even better.